As part of year 1's focus on Kings, Queens and Castles this term the children have been learning about St George.

Nhyira has been on a St George fact finding mission as part of her Easter holiday homework.

Who was he?  What did he do?
The story about St George started in the 6th century when he rescued a woman by killing a scary dragon.  He was a knight.

What clothes did he wear?
St George wore knight's armour and also had a shield and a sword. 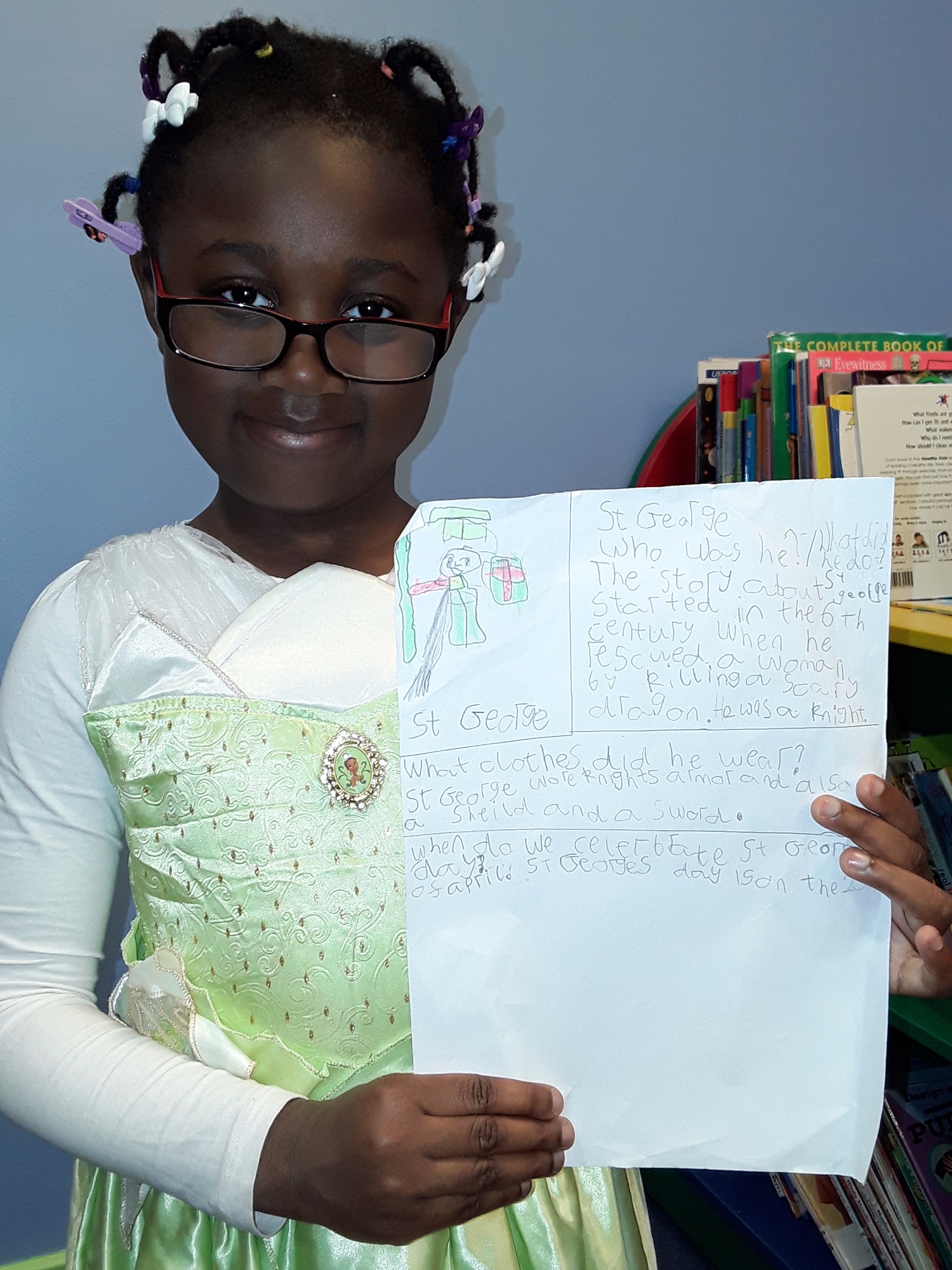 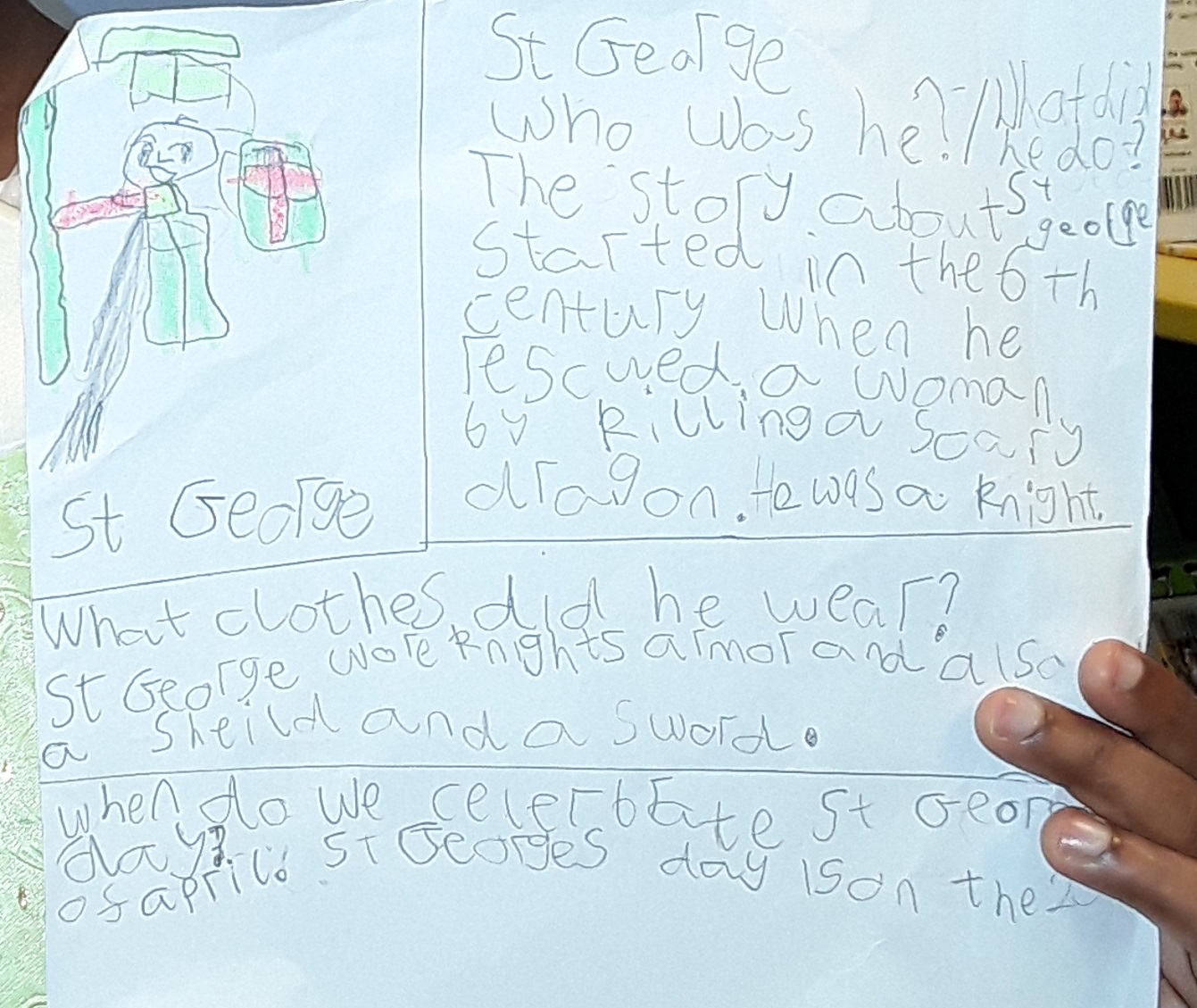 St George also featured on some of year 1's castles, and in person when some of our year 1 pupils dressed up as him on their Kings, Queens and Castles Day on 21st April. 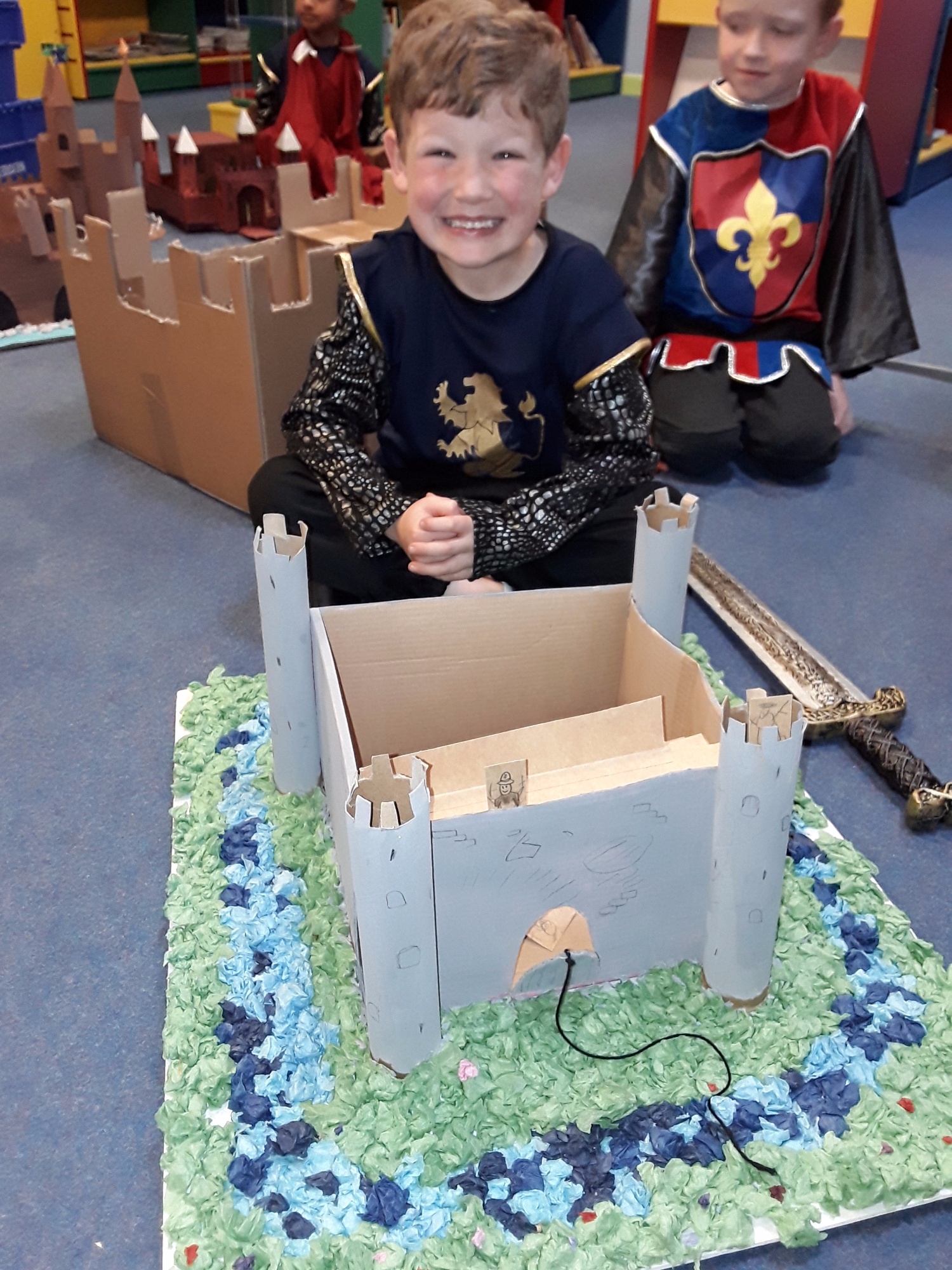